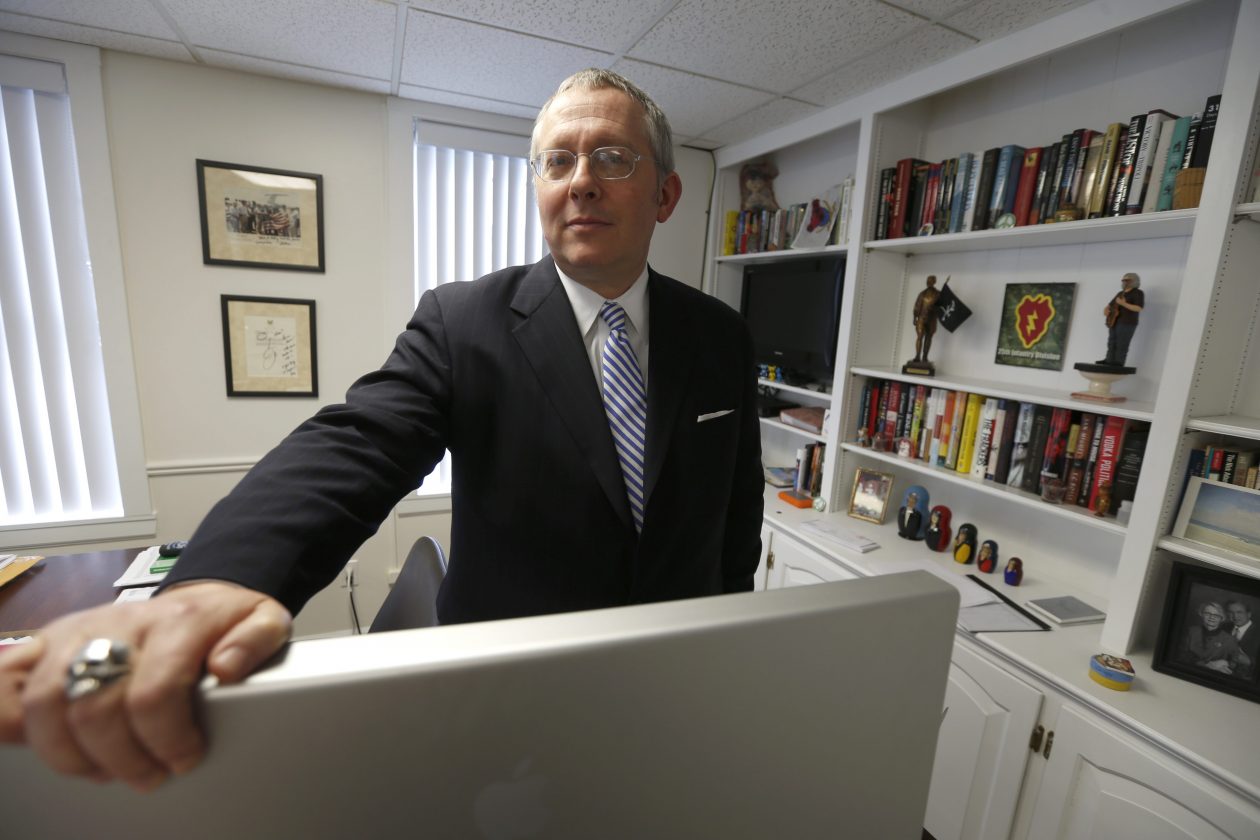 “My family has endured dozens of threats of death and violence due to my high-profile Trump connection and my involvement as a witness in the bogus Russia investigation,” Caputo said in a statement published on MAGA-QRF.com. “I’ve developed a way to push back on Antifa protesting outside my home or office, which is more likely than you might think…I assembled a group of 200 nearby Trump supporters who have pledged to come on a moment’s notice to assemble peacefully between my house and the Antifa protestors to assure my wife and children don’t even see them.”

“I’ve installed a mass text capacity on my smartphone to reach them [members of the MAGA Quick Reaction Force],” Caputo explained in his statement. “I’ve tested the system. Within minutes, Antifa will be vastly outnumbered.”

Caputo recently set up two legal funds, one to cover the costs of his “voluntary cooperation with multiple US Government investigations,” and another to raise $100,000 on behalf of former Trump campaign adviser and self-proclaimed “dirty trickster” Roger Stone, who was indicted last month for allegedly lying to congress about his interactions with Wikileaks during the 2016 presidential election.

Shortly after his own testimony to the U.S. House Intelligence Committee in July 2017, Caputo initiated a surreptitious campaign to purge his Wikipedia biography of his work for Russia state-backed media company Gazprom.

Former Donald Trump campaign aide Michael Caputo is determined to prove that he did not work for Vladimir Putin, and he’s using every tool at his disposal to do so—from a congressional ethics complaint, to a defamation lawsuit, to a surreptitious Wikipedia edit campaign.

Sean Dwyer, an employee of Caputo’s PR firm, Zeppelin Communications, was blocked from Wikipedia in August after he was caught using multiple pseudonymous accounts to purge Caputo’s page of alleged Putin ties, according to an investigation by the site’s editors. After the accounts were exposed as what Wikipedia calls “sock puppets”—multiple accounts run by the same person as part of a coordinated editing campaign—Dwyer admitted he had financial ties to the subjects of his edits…

Given what Caputo characterizes as widespread—and even malicious—misrepresentations of his work in Russia, “Wikipedia inaccuracies barely even make it on my radar,” he said.

And yet, Dwyer’s editing campaign, which was first reported by independent blogger Dean Sterling Jones, shows that Caputo was at least aware of the claims and determined to purge them. Dwyer did so through four different “sock puppet” accounts, according to Wikipedia’s investigation, and edit logs show he repeatedly attempted to remove language from the page that tied Caputo’s work for Gazprom to any efforts to burnish Putin’s reputation abroad.

Though it’s fairly common, “sock-puppetry is one of the cardinal sins of Wikipedia,” according to William Beutler, the president of digital marketing firm Beutler Ink and a longtime personal and professional Wikipedia editor. “We do this legitimately every day. But our approach is different from what they do here,” Beutler said in an interview. Unlike Dwyer, “we disclose who our clients are at the starting point.”

It’s unclear if Caputo has had to deploy the MAGA Quick Reaction Force, as he didn’t respond to a request for comment. But his site does include this entertaining speech by Christopher Walken from the 2002 cult film Poolhall Junkies.

You got this lion. He’s the king of the jungle, huge mane out to here. He’s laying down under a tree, in the middle of Africa. He’s so big, he’s so hot. He doesn’t want to move. Now, the little lion cubs, they start messing with him, biting his tail, biting his ears. He doesn’t do anything. The lioness, she starts messing with him, coming over, making trouble. Still, nothing. Now, the other animals, they notice this, and they start to move in. The jackals, hyenas. They’re barking at him, laughing at him. They nip his toes, and eat the food that’s in his domain. They do this, and they get closer and closer, bolder and bolder. ‘Til one day, the lion gets up and tears the shit out of everybody. Runs like the wind, eats everything in his path. Cause every once in a while, the lion has to show the jackals who he is.