This item was edited by Atlanta, GA independent reporter Peter M. Heimlich, who’s cross-posting at his website for original investigative reporting, The Sidebar

I recently blogged about a March 8, 2017 article published in the Rupert Murdoch-owned tabloid newspaper The Sun, “Who is Julian Assange, why does Pamela Anderson visit him in the Ecuadorian embassy and what is Wikileaks?” by Holly Christodoulou. 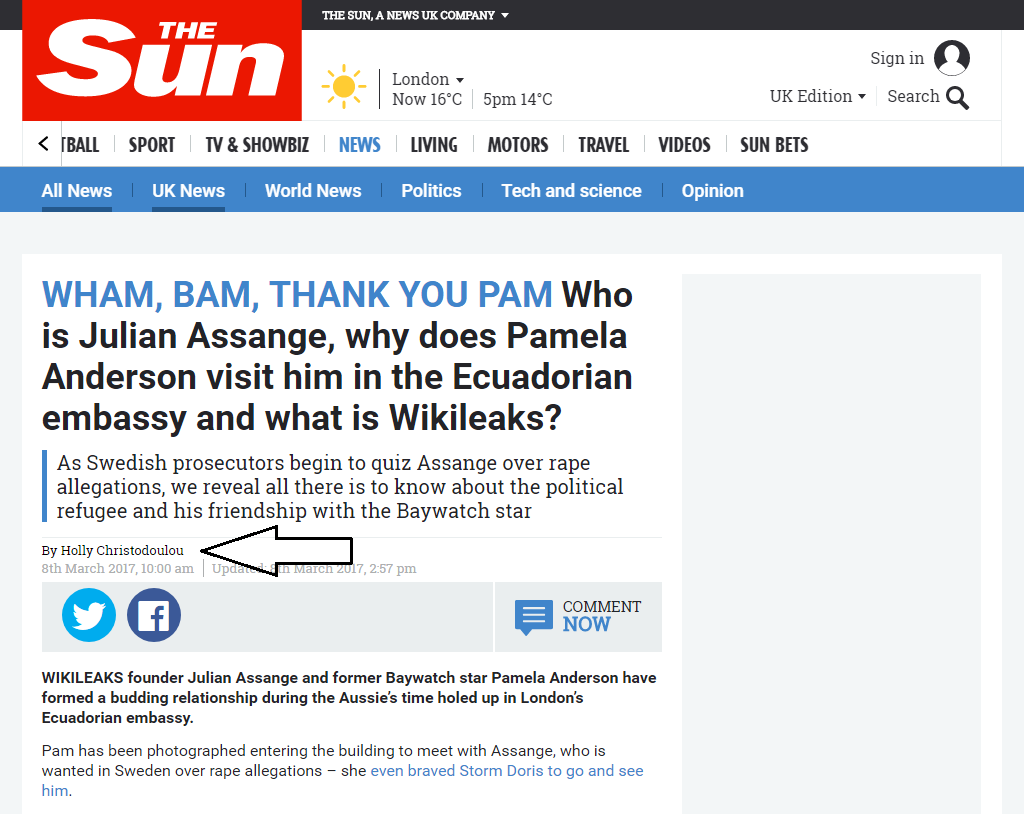 On my request, The Sun corrected the article and added this note: “A previous version of this story said that Assange had sex with two men who later accused him of rape. In actual fact they were women. The story was corrected on 10th March.”

Shortly after the correction was published, the article was heavily revised and Christodoulou’s name replaced with the name “Eileen Weybridge.” 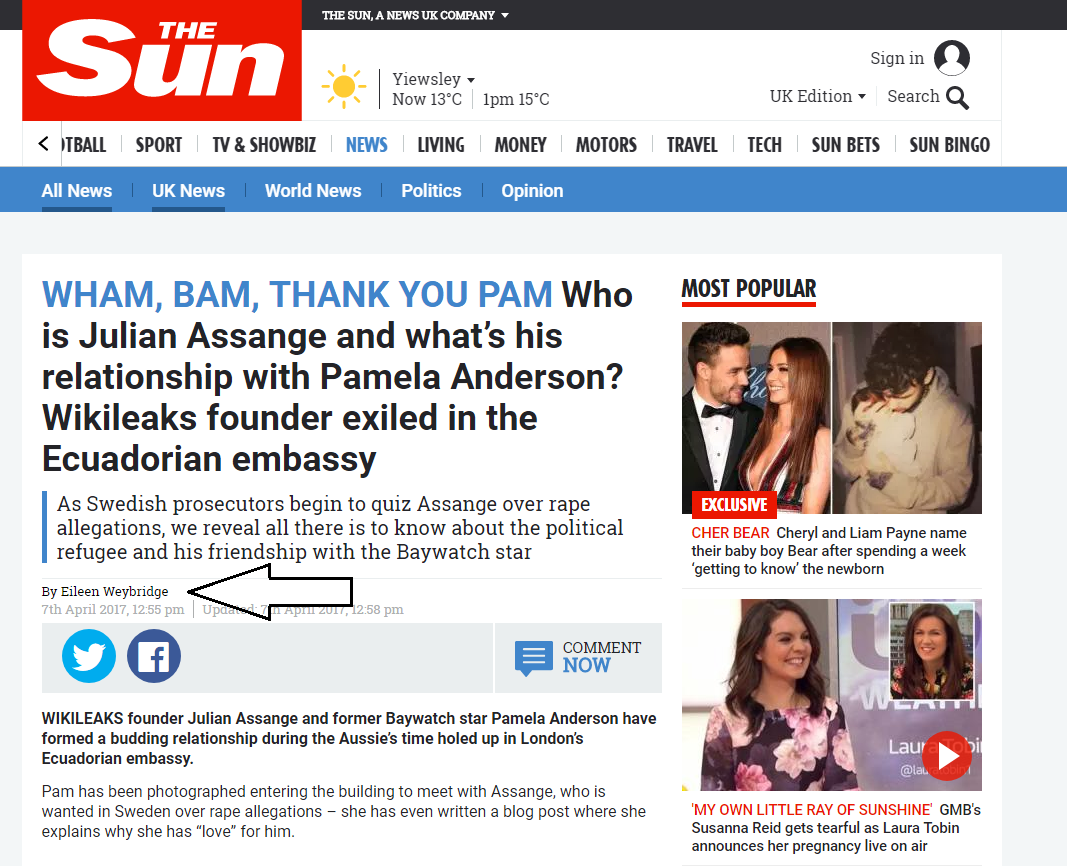 It’s unclear why The Sun changed the byline.

Last week I called The Sun’s personnel department and was told they have no records for anyone with that name.

Editors at the paper didn’t reply to my requests for an explanation, but I did get a reply from Dr. Tony Harcup, Journalism Studies lecturer at the University of Sheffield and author of the Oxford Dictionary of Journalism, which includes the following entry:

cod byline The use of a fictitious name for a byline, giving the impression that an item has been written by a member of staff…The use of cod bylines tends to be regarded as unethical because it misleads readers; it can also be awkward if a reader or potential source telephones the newsroom and asks for the fake reporter by name.

Here’s what Dr. Harcup wrote me:

There might sometimes be good reasons for a journalist not wanting their byline on something: they might feel the story will attract threats or abuse, for example, or they might not be happy with how the story has been edited or subbed after they submitted it.

Generally, I’d have thought that in such cases it would be more transparent just to leave out the byline rather than invent a name. However, in some ways, any byline may be only a rough guide to whoever has produced the finished product, and the publication itself is responsible for it whatever individual name is or isn’t attached.

In the hope of getting to the bottom of this mystery, I have an e-mail in to Holly Christodoulou, who, according to her Twitter account, appears to be alive and well and working at The Sun: 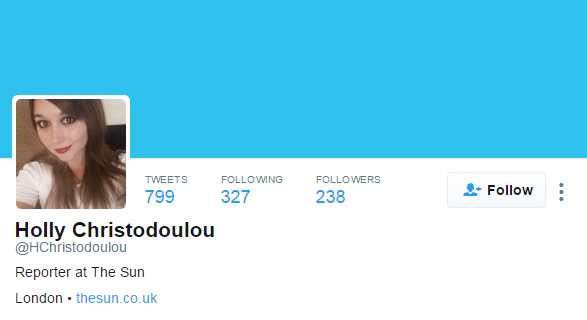 And to Eileen and anyone who knows if she’s real or not, please get in touch!