Malkevich was sanctioned by the U.S. government for “attempted election interference” last year. 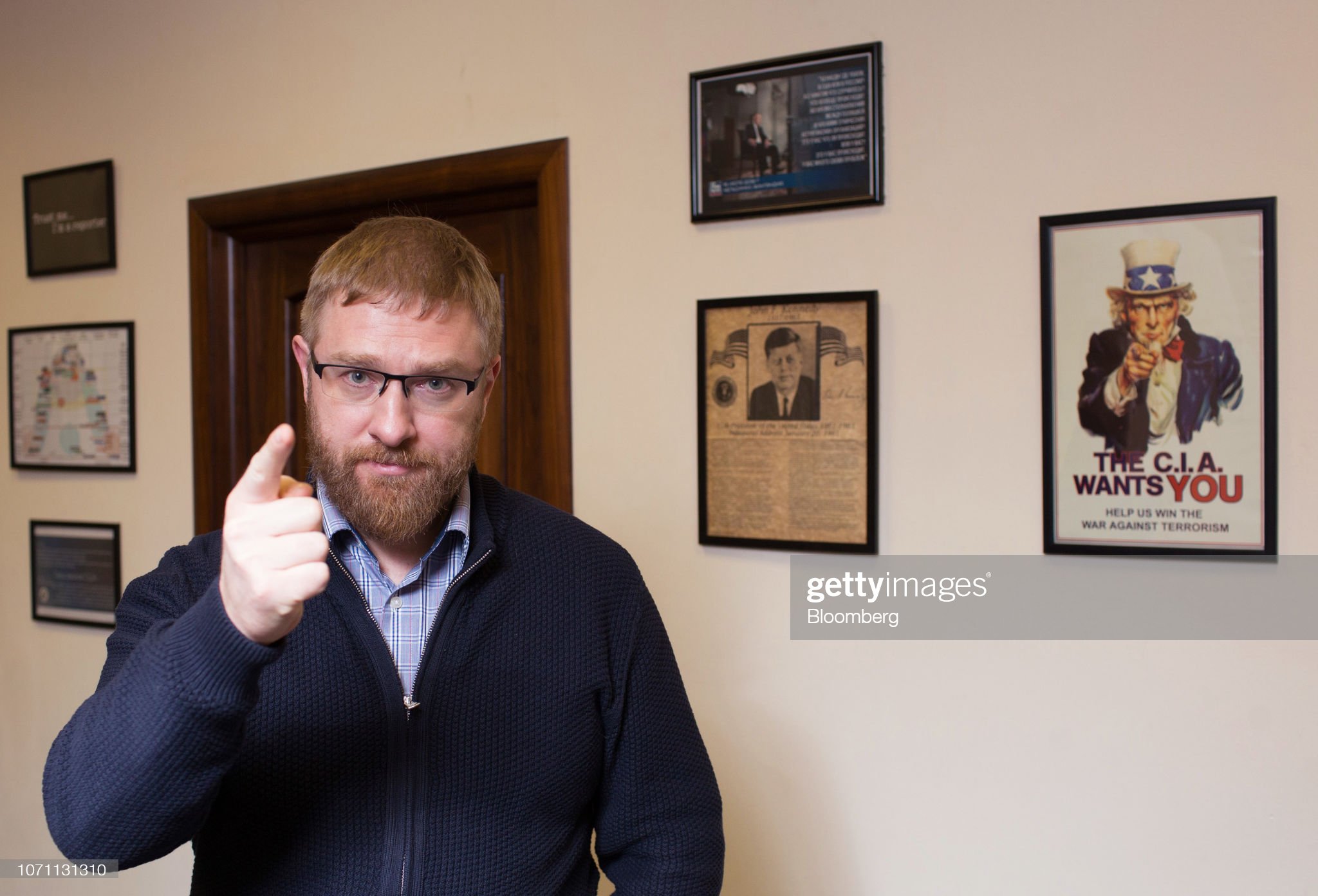 The announcement was made last week via Malkevich’s non-profit advocacy organisation, The Foundation for the Protection of National Values (FPNV), which claims it has paid 5 million rubles (approximately $76,000) into a fund set up by Butina’s lawyers last year.

FPNV “​​intends to protect the rights of a compatriot who has become hostage to the US government,” reads a statement on the site. “Since [Butina was] detained in July 2018 [for acting as an unregistered agent of the Kremlin], the US authorities used inhumane measures against her and violated her rights to obtain the necessary information and use them in the political sphere.”

In an e-mail, Malkevich said he is donating the money through the Anti-Globalization Movement of Russia (AGMR), a Moscow-based NGO, in order to circumvent sanctions imposed on him by the U.S. Treasury Department in December.

“Of course I am not paying [Butina’s lawyers] directly because I am under sanctions,” he told me in an email. “But I am the producer of this crowdfunding.”

AGMR was founded in 2012 by gun-toting Russian lawyer and businessman Alexander Ionov, whose Kremlin-backed efforts to promote U.S. separatist groups have garnered praise from Russian president Vladimir Putin. Ionov got involved in Butina’s case in October with the launch of MariaButinaFund.ru, a Russian-language mirror of Butina’s American fundraising site, MariaButinaFund.com.

When asked about Malkevich’s crowdfunding efforts, Ionov said he “does not know about the amounts collected [by] Malkevich,” but that “to date, [the] Fund has received 5 million rubles from individuals and public organizations.”

Malkevich “did not contribute personal funds!” he added.

Butina’s personal lawyer Robert Driscoll did not return a request for comment.

Malkevich found fame last year as the founder of USA Really, a Russian propaganda site explicitly aimed at U.S. audiences. After crashing a November 6 election night party at Washington, D.C.’s National Press Club, the Treasury Department accused him of “attempted election interference” and forbade U.S. individuals and businesses from transacting with him and his site. He exited the site in February to lead Russia’s Civic Chamber of Mass Media, from which he currently advises the Kremlin on media policy.

Malkevich and Ionov are scheduled to hold a joint press conference at the offices of Moscow’s Izvestia newspaper on June 4.