Earlier today, Twitter purged tens of millions of fake and suspicious accounts in a seeming attempt to restore trust in the embattled social media platform, which had been exploited by Russian operatives allegedly in order to influence the outcome of the 2016 U.S. election.

But while celebrities like Ashton Kutcher and Oprah Winfrey lost millions of followers during the purge, fake accounts involved in an online media campaign to bury unflattering news articles about Donald Trump remain live and tweeting. In fact, they’ve found a shiny new target: an investigative piece I recently co-authored with The Daily Beast’s Lachlan Markay about the campaign itself.

Ironically, when readers of The Daily Beast began tweeting about the campaign, they were deluged with messages from some of the same fake Twitter accounts mentioned in our article. The accounts appear to have been programmed to reply to iterations of Arif’s name. For example, here’s a quote from our article that was posted by Twitter user YourVoteYourVoice…

…and here are replies that user received from some of the fake accounts, which linked to now-defunct dummy websites about Arif and Sater: 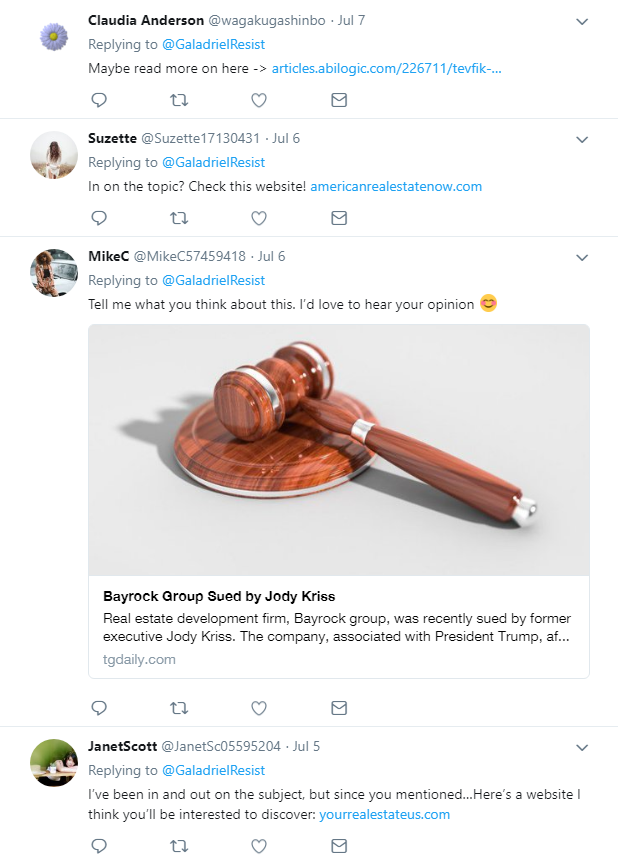