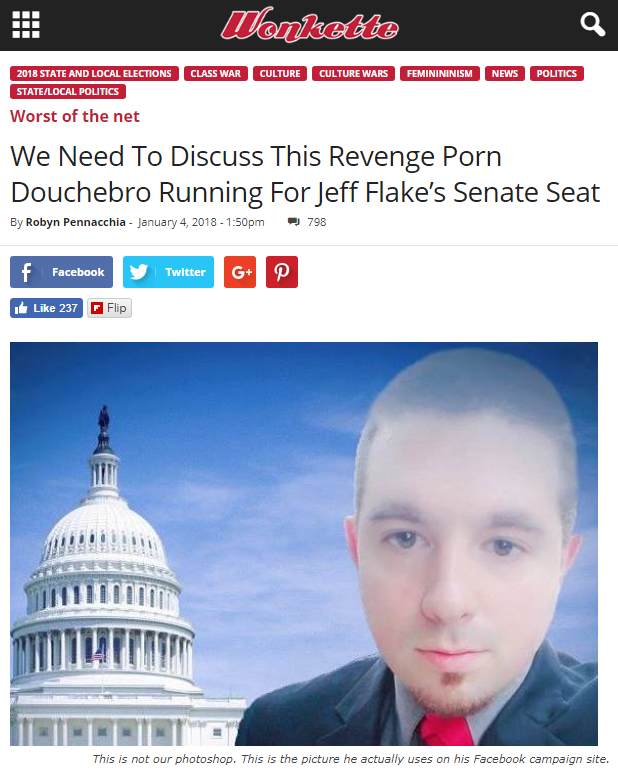 Meet Craig Brittain! He is hoping to replace Jeff Flake and be the next senator from Arizona. He is also, if not the actual worst human being on the planet, a strong competitor for the title.

As reported by Dean Sterling Jones at Shooting The Messenger, following Brittain’s announcement that he would be running for Jeff Flake’s Arizona seat, social media expert Michael Palladino shared threatening messages that Brittain had sent a year ago to a woman he had seen on Tinder.

In response, Brittain claimed that the messages from “Craig R. Brittain” were not really from him and that someone was pretending to be him in order to ruin his sterling reputation.

This would all be very believable, of course, if the alleged impostor had not been the Facebook admin for Brittain’s failed ridesharing service, [Dryvyng].