According to this apparently as-yet unreported 2013 court summons, the Trumps were co-defendants in a billion dollar lawsuit brought by Jody Kriss, the former finance director for New York real estate and investment company, Bayrock Group: 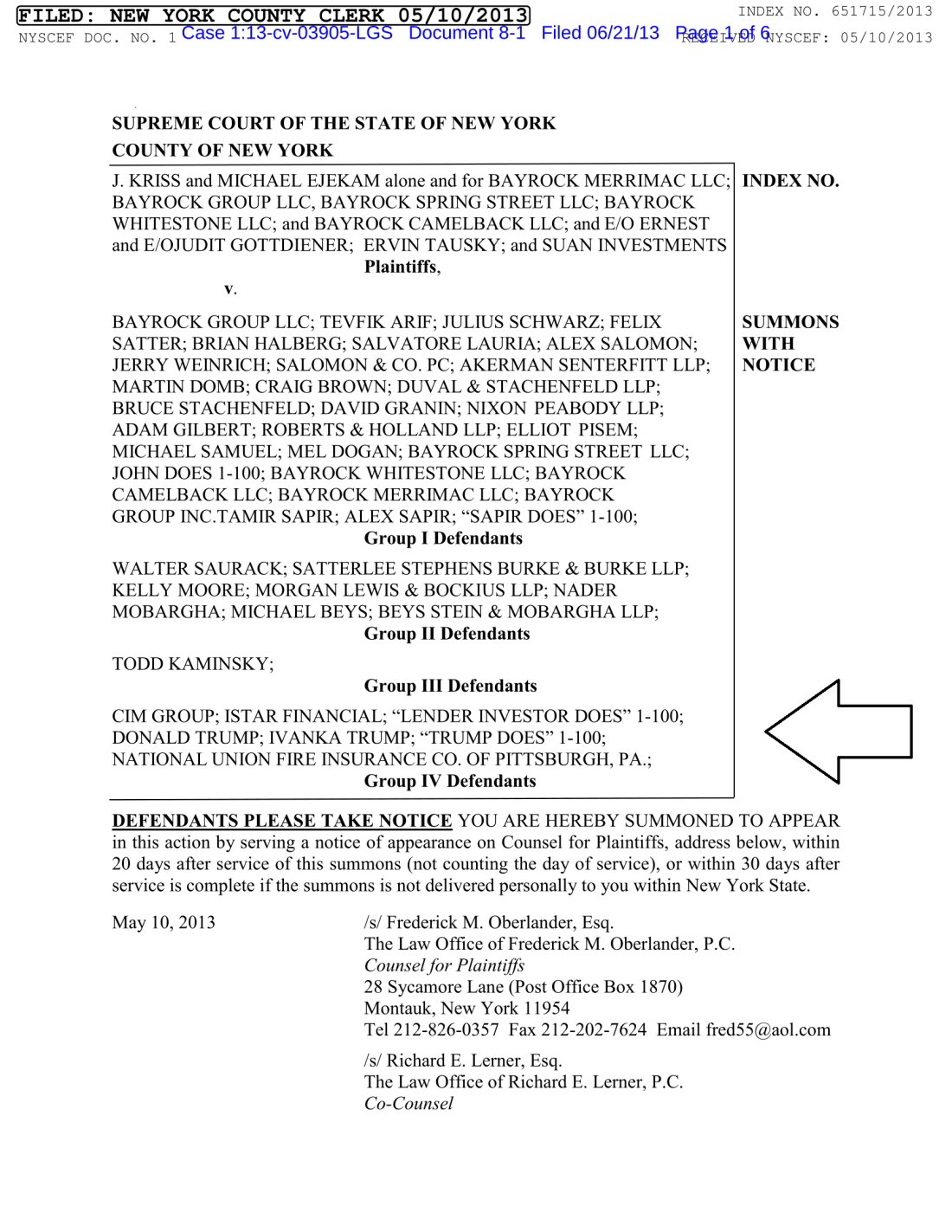 The Trumps were later removed as co-defendants, although another court document shows that they were served the summons at New York’s Trump Tower on June 24, 2013.