When Trump’s Russia connections became a focus for journalists during the 2016 election, Felix Sater, a convicted racketeer and former government informant, was a key figure. 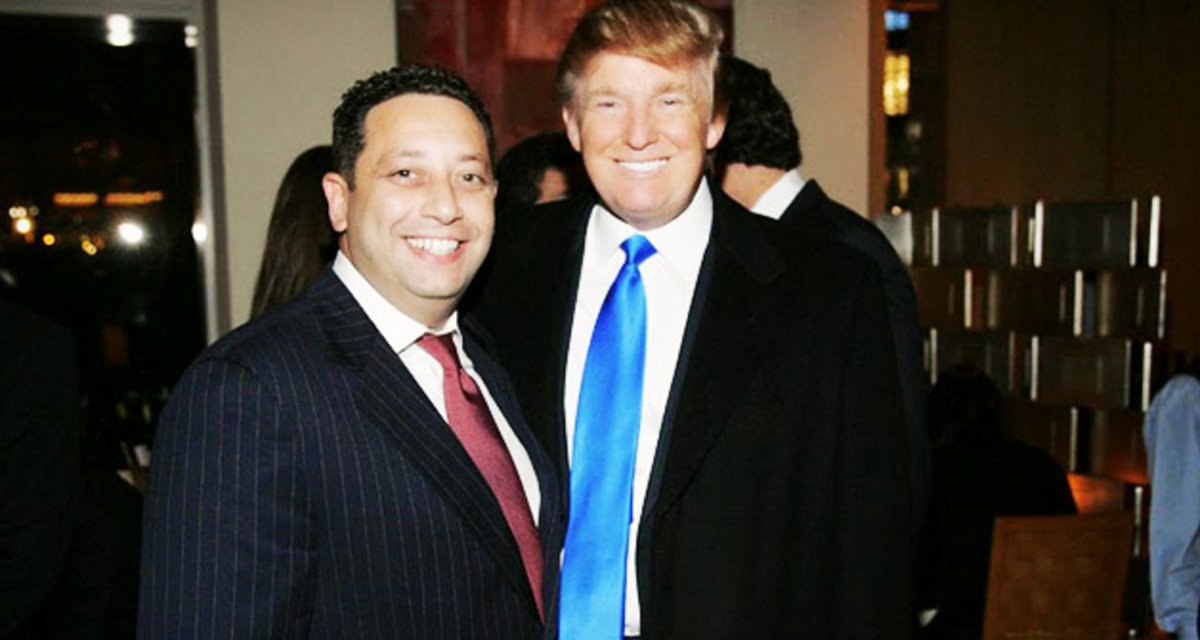 The Russian-born real estate mogul collaborated with Trump on a number of high-profile projects, and until recently was one of Trump’s senior advisors.

In January, Sater even met with Trump’s personal lawyer, Michael D. Cohen, to discuss a plan to lift sanctions against Russia.

Trump has denied having a close relationship with Sater. In 2013, he testified in a video deposition for a civil lawsuit that “if [Sater] were sitting in the room right now, I really wouldn’t know what he looked like.”

Apparently, the feeling is mutual.

In 2016, it appears Sater was banned from Wikipedia for deleting unflattering facts about himself from Trump’s Wikipedia entry using a sockpuppet account.

In late 2015, a Wikipedia user named “591J” deleted from the site information about “Sater’s mafia and Russian criminal ties, as well as a 1998 racketeering conviction.”

When that information was later restored by a different user, 591J deleted Sater’s name and substituted it for “ex-convict.” 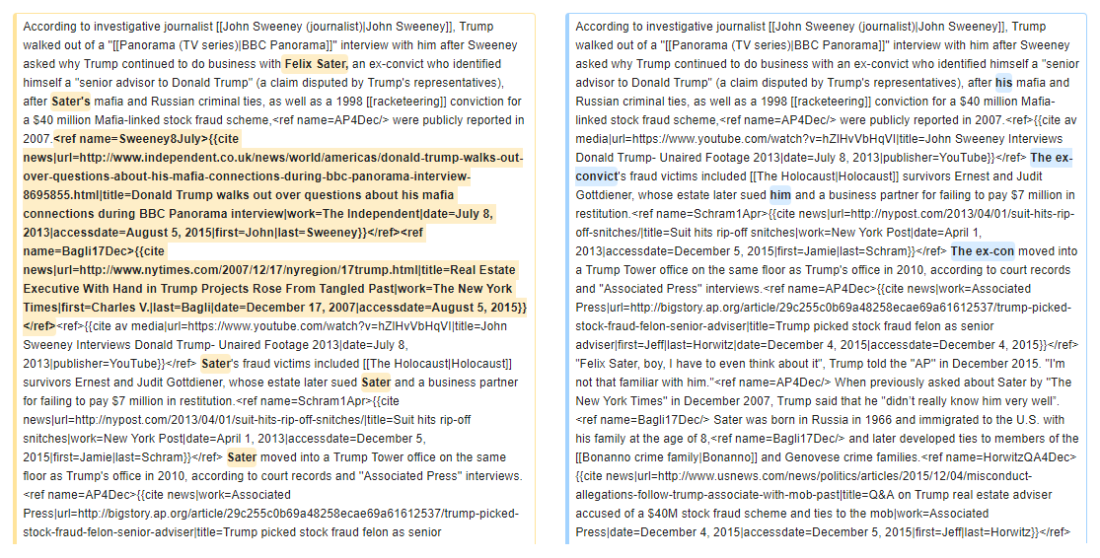 In February 2016, 591J created Sater’s current Wikipedia entry, which was originally flagged by admins because they suspected 591J of having “a close connection” with Sater. 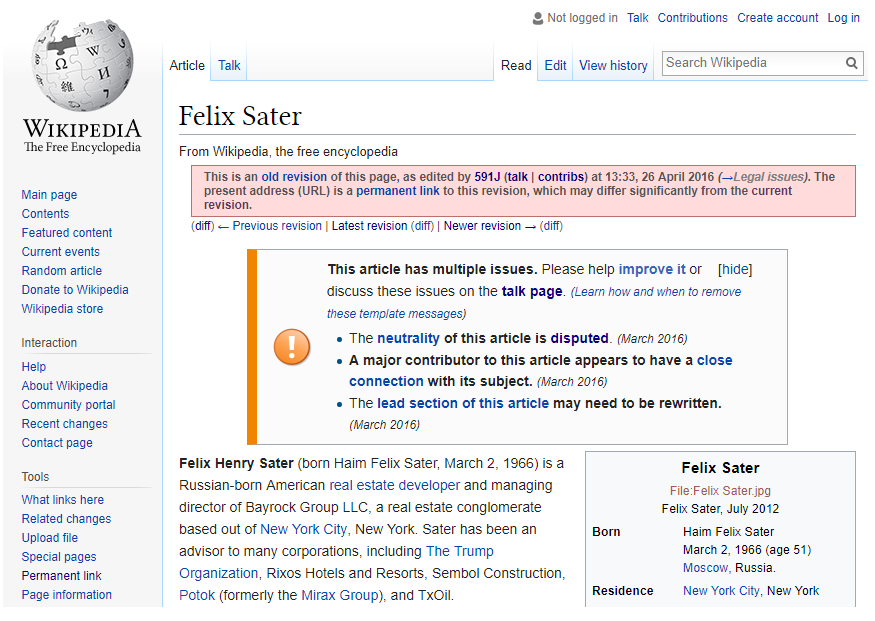 In April 2016, 591J was “blocked indefinitely” after an investigation by admins determined 591J had “abusively used” multiple accounts to promote Sater and delete information about which 591J had an undisclosed conflict of interest.

After conducting a mini investigation of my own I found this promotional photo of Sater that 591J had uploaded to Wikipedia:

2 thoughts on “Sater the Sockpuppeteer”