A couple of months ago, Russia’s state media regulator Roskomnadzor sent a complaint to WordPress demanding that it remove a doctored photo of Russian President Vladimir Putin dressed as Hitler, claiming the image is “prohibited for public distribution in the Russian Federation.”

The offending image, via https://belgarathblog.files.wordpress.com/2014/08/vladimir_putin-als-hitler.jpg: 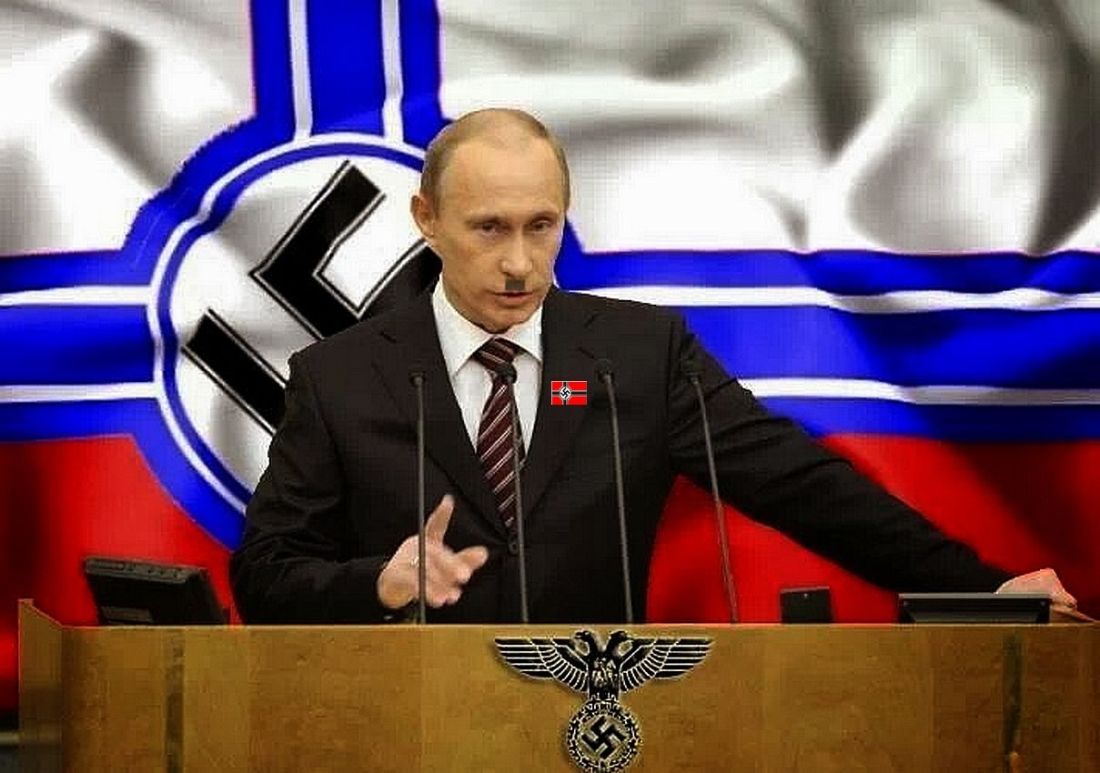 According to the Lumen Database, a website that collects takedown requests of online content, WordPress has taken action against the German blog that hosts the image. 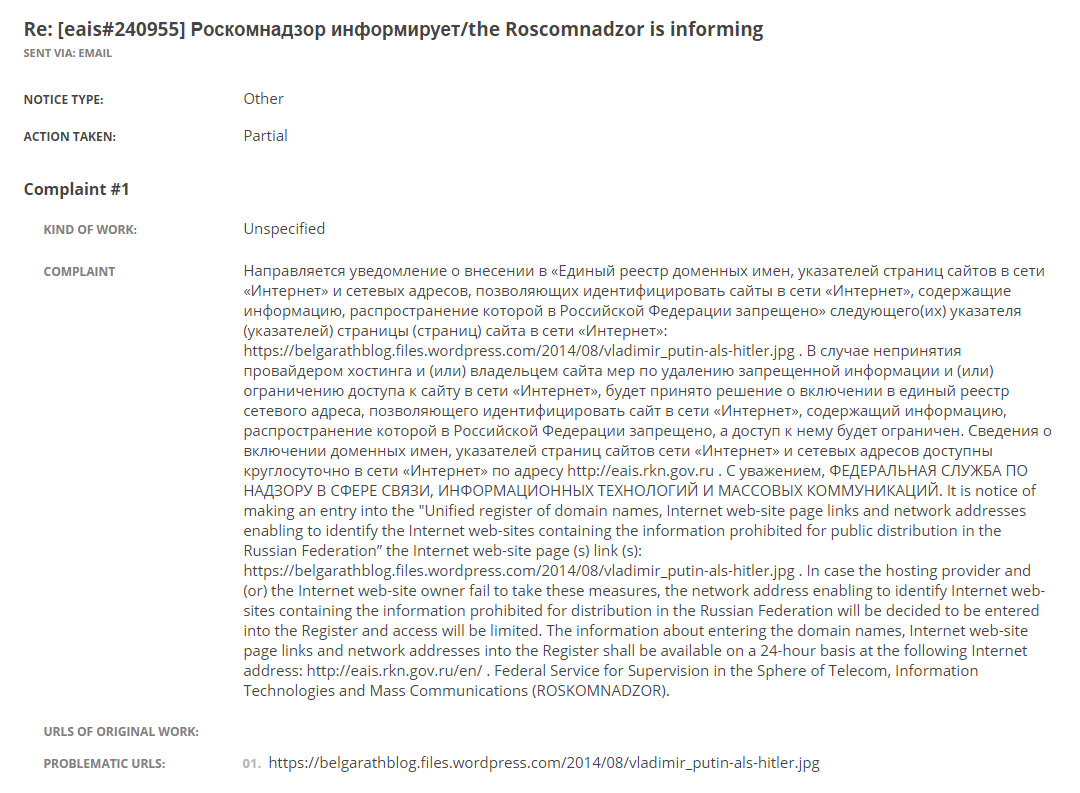 When you enter the offending URL into a Russian proxy, you get this message…

…an HTTP error code approved late last year by the Internet Engineering Steering Group (IESG), and which has been endorsed by WordPress.

WordPress has developed a good reputation for its principled support of freedom of speech.

In 2008, WordPress founder Matt Mullenweg stated that his company “supports free speech and doesn’t shut people down for ‘uncomfortable thoughts and ideas,’ in fact, we’re blocked in several countries because of that.”

However, WordPress recently changed its policy on geo-blocking. Via my blog last week, the blogging service said that it now complies with censorship demands in order to ensure access to the bulk of WordPress.com for users within authoritarian countries, who would otherwise face more drastic punishment from their Internet service provider.

A list of WordPress blogs currently geo-blocked in Russia is available by clicking here.

One thought on “WordPress Yields to Putin”