This item is reported by me, crack US (Atlanta, GA) reporter Peter M. Heimlich, who’s cross-posting at his world-beating website, The Sidebar, and my gf, Kelsi White. Given the content of the story, our “hands across the water” effort seems fitting.

On Monday Peter reported how Barbara Millen PhD, chair of the 2015 US Dietary Guidelines Advisory Committee (DGAC), and USDA executive Angela Tagtow tag-teamed an effort that resulted in author/journalist Nina Teicholz being kicked off a panel at a national food policy conference held last month.

Teicholz is a high-profile critic of the DGAC’s methodology and findings (which have been widely criticized by medical experts and organizations).

It’s not the first time Millen tried to muzzle Teicholz.

Last November, Millen signed a public letter to the BMJ (formerly the British Medical Journal). The letter demanded the retraction of a September 23 article by Teicholz which – you guessed it – criticized the methodology and findings of the DGAC.

Claiming Teicholz’s article was “riddled with errors” – a claim disputed in a recent Guardian article (see below) and elsewhere – the letter was organized by the DC advocacy nonprofit, Center for Science in the Public Interest (CSPI).

E-mails obtained via a public records request (click here to read) show that another DGAC member, Dr. Frank Hu, a prominent professor/researcher at the Harvard School of Public Health, asked a colleague to sign and circulate the retraction demand which resulted in a chain letter exchanged by European medical professionals and university faculty.

It started with an October 31, 2015 “Dear Colleague” e-mail in which CSPI executive Bonnie Liebman asked dozens of nutrition science professionals to sign the letter.

The next day, Hu e-mailed this to Prof. Miguel Miguel A. Martinez-Gonzalez at the University of Navarra, Spain:

Would you like to sign the attached letter to retract the BMJ article? if so, please email Bonnie Liebman.

I would greatly appreciate if you can ask your colleagues in Spain and other European countries to sign the letter. I think it is extremely important to retract the terrible BMJ article for the sake of science and public health.

Later that day in this e-mail (slightly re-formatted for ease comprehension), Martinez-Gonzalez copied Hu on an e-mail he sent to about 20 colleagues, stating “Yes, of course, Frank.”

I’m forwarding to my friends and colleagues this invitation to sign the attached letter:

I have read the full version of the attached letter and I agree to include my sign on it. I endorse its full content and the request to the BMJ to retract the journalist’s article.

Dear colleagues,
if you agree, you can send an email to Bonnie Liebman <bliebman@cspinet.org> with a similar content to what I have written above in blue font.

I would thank you all very much if you are so kind as to ask also to your friends from different European countries to sign the attached letter for the sake of science and public health. 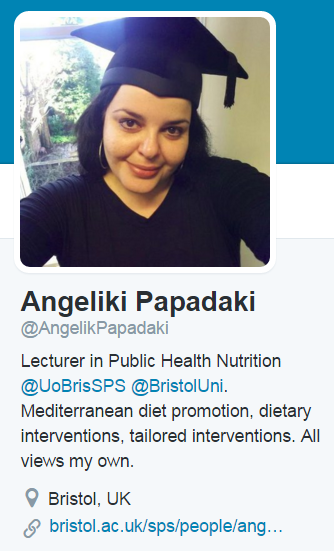 …who obligingly added another link in the chain letter which she states was “instigated by Frank Hu”:

Please see attached a suggestion for a BMJ retraction letter, instigated by Frank Hu at Harvard. We were asked to circulate the letter for signatures.

If you agree, please send an email to Bonnie Liebman (bliebman@cspinet.org) with a similar content to the below, in blue font, and circulate to your colleagues.

I have read the full version of the attached letter and I agree to include my sign on it.
I endorse its full content and the request to the BMJ to retract the journalist’s article.

Why did Hu encourage colleagues to demand a retraction of what he called “the terrible BMJ article for the sake of science and public health”?

We don’t know because he hasn’t responded to multiple inquiries.

My BMJ article was a critique of the science used in formulating the 2015 DGA expert report. Frank Hu chaired the review on saturated fats, which I critiqued in a number of ways: it did not consult the “Nutrition Evidence Library” per standard USDA practice, and although the studies covered in the review had conflicting and contradictory conclusions regarding whether saturated fats do in fact cause death from heart disease, the review nevertheless concluded that the evidence on this point was “strong.” (Neither of these facts is disputed as part of the retraction request.) The question of whether sat fats cause heart disease has, over the past 5 years, undergone tremendous re-analysis and challenge, yet the Hu review did not reflect that ambivalence. In effect, it did not comprehensively review the most current science on this subject.

So was Dr. Hu making a good faith effort to address “an article riddled with errors” or was he attempting to censor a high-profile critic?

If he made himself available, along with that question, I’d ask him for a reaction comment to this section from Ian Leslie’s lively and informative April 7 Guardian article about the nutrition science wars:

In September last year [Teicholz] wrote an article for the BMJ (formerly the British Medical Journal), which makes the case for the inadequacy of the scientific advice that underpins the Dietary Guidelines. The response of the nutrition establishment was ferocious: 173 scientists – some of whom were on the advisory panel, and many of whose work had been critiqued in Teicholz’s book – signed a letter to the BMJ, demanding it retract the piece.

Publishing a rejoinder to an article is one thing; requesting its erasure is another, conventionally reserved for cases involving fraudulent data. As a consultant oncologist for the NHS, Santhanam Sundar, pointed out in a response to the letter on the BMJ website: “Scientific discussion helps to advance science. Calls for retraction, particularly from those in eminent positions, are unscientific and frankly disturbing.”

The letter lists “11 errors”, which on close reading turn out to range from the trivial to the entirely specious. I spoke to several of the scientists who signed the letter. They were happy to condemn the article in general terms, but when I asked them to name just one of the supposed errors in it, not one of them was able to. One admitted he had not read it. Another told me she had signed the letter because the BMJ should not have published an article that was not peer reviewed (it was peer reviewed). Meir Stampfer, a Harvard epidemiologist, asserted that Teicholz’s work is “riddled with errors”, while declining to discuss them with me.

See also: Voice in the Wilderness, my May 18, 2016 recap of how the DGAC in cahoots with other prominent nutrition scientists tried to gag Teicholz.

3 thoughts on “Silencing Science: The War on Nina Teicholz”