In 2015, Pinnavaia made headlines in Russia after he sent an open letter to North Korean dictator Kim Jong-un, criticising U.S. foreign policy towards the Jong-un dictatorship. The story was subsequently peddled online by race-baiting propagandists working for the Internet Research Agency, the Russian troll factory that was recently indicted for allegedly meddling in the 2016 U.S. election. 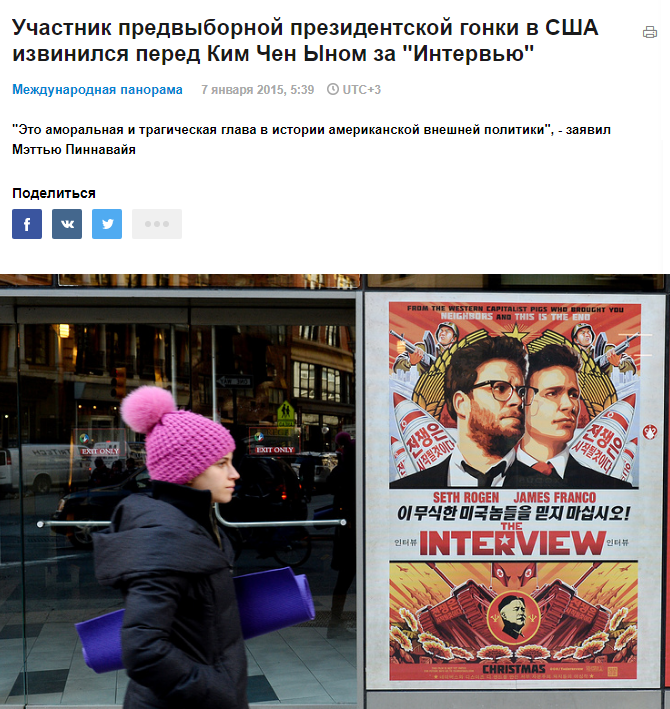 Headline: “A participant in the pre-election presidential race in the US apologised to Kim Jong-un for ‘Interview’” (source)

After I published my post, Pinnavaia contacted me to share a second letter he sent to Jong-un in August last year criticising America’s “arrogance and belligerence,” and requesting to visit North Korea “as a future President of the United States of America.”

Pinnavaia’s correspondence included a seven-point “Treaty of Non-Engagement” calling for “a cessation of any, and or, all belligerent, harsh, and immoral international political statements, as composed and emanating from the Office of the President of the United States of America…which can be interpreted as hostile ‘Words of War’ towards the Supreme Leader Kim Jong Un of the Democratic People’s Republic of Korea (DPRK).” 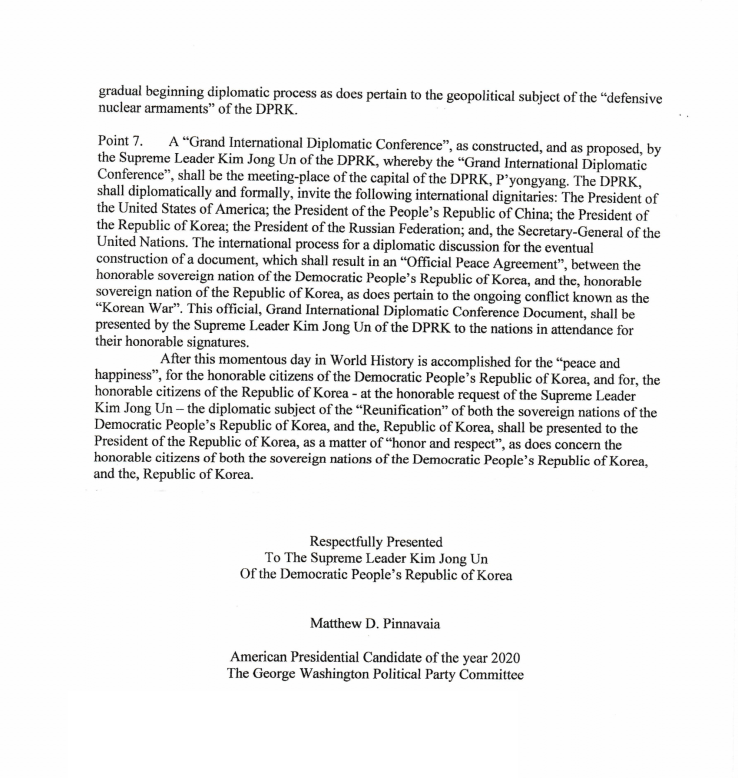 In an e-mail, Pinnavaia said: “I believe my beloved country, the United States of America, has not adhered to the first American Foreign Policy of our beloved father of our country, President George Washington.”

Pinnavaia said his treaty, which he also sent to South Korean president Moon Jae-in, has led to “a diplomatic breakthrough” between North and South Korea (Pinnavaia didn’t get a response from either governments).

Asked about his endorsement by Russian trolls, Pinnavaia said: “When I write about American Foreign Policy, I speak the truth, therefore, any propaganda that is used in conjunction with the truth that I speak, does not contain value.”

Pinnavaia said he is currently setting-up a website for his political party, The George Washington Party, in preparation for his 2020 presidential run.