It’s been a busy few months for the Internet Research Agency (IRA), better known as the Russian troll factory.

In February, the Justice Department issued an indictment to prosecute 13 IRA “kremlebots” for allegedly meddling in the 2016 US election. Since then, the company has been banned from several US social media websites, and details of its operations have been exposed by the media.

But now the IRA is fighting back with the launch of its “Wake up, America!” campaign, which aims to challenge “the hegemony of the US authorities” by “promoting crucial information and problems, which are hushed up by the conventional American media controlled by the establishment and oligarchy of the United States.”

To mark the launch of the campaign, the IRA is organising a flash mob event to take place outside the White House on June 14, Donald Trump’s 72nd birthday. The plans were announced via USAReally.com, a pro-Kremlin propaganda website that has been traced back to the IRA by open-source researcher Lawrence Alexander.

“June 14th is not just the birthday of the US President,” a message on the website reads. “On this day we officially starts our project ‘USA Really’: the honest media about what is really happening around. We invite all Americans – all who cares about the country – to celebrate this. Come up to the White House on June 14th at 2:00 p.m. to congratulate America. We’re calling for every patriot! Wake Up Americans!”

The IRA previously organised a number of political rallies during the 2016 election, including an anti-Trump rally in New York that was attended by documentary filmmaker Michael Moore.

Despite being funded by Russian money, the campaign is being promoted as a grassroots US effort, and a message on the USA Really website welcomes “participants from every state with no matter of social status, political engagement and ideological preferences.”

The website, which was registered last month but only went live earlier this week, includes articles lifted from mainstream US news outlets and other, more nefarious sources.

“All of America is sick and tired of hearing about the Mueller probe, with everyone having already made up their own minds by now about whether Trump’s guilty of ‘colluding’ with Russia or not,” the article reads.

Another article, originally published by Alabaman white supremacist, neo-Confederate organisation League of the South, advocates for the secession of Louisiana from the US.

“For generations, the peoples of the States have tried to impart a divine aura to political documents like the Declaration of Independence and U.S. Constitution, to make them the measuring rod for societal norms,” the article reads, “but this has led to the collapse of Christian faith. Leaving the U.S. would allow Christianity to take its rightful place again as the preeminent unifying and invigorating cultural force in Louisiana.”

The League of the South did not respond when asked if it gave permission for USA Really to re-publish its article.

Despite the website’s anti-Mueller leanings, a few articles suggest an emerging anti-Trump bias, including a mocking article titled “Barack Obama Laughs at the Trump’s Administration,” which appears to have been sourced from a similarly worded Fox News item, and another article criticising Ivanka Trump for “a provocative photo” she recently posted to Instagram.

It’s not the first time the IRA has criticised Trump.

Earlier this month, LiveJournal accounts controlled by the IRA published anti-US screeds railing against “the stupid and random orders of Donald Trump.” The posts came in response to a series of recent controversial US foreign policy decisions that stirred tensions in Israel, Iran, and North Korea.

It’s unclear if the anti-Trump posts are merely intended to “sow discord,” as concluded by the Justice Department in February, or if they also represent an ideological pivot away from Trump.

Meanwhile, lawyers for the IRA are contesting the Justice Department’s indictment. In a legal filing posted earlier this month, lawyers for the IRA stated that their clients didn’t know their actions were illegal, and that Mueller’s team had failed to show “that the Defendant acted willfully, in this case meaning that Defendant was aware of the FEC and FARA requirements.” 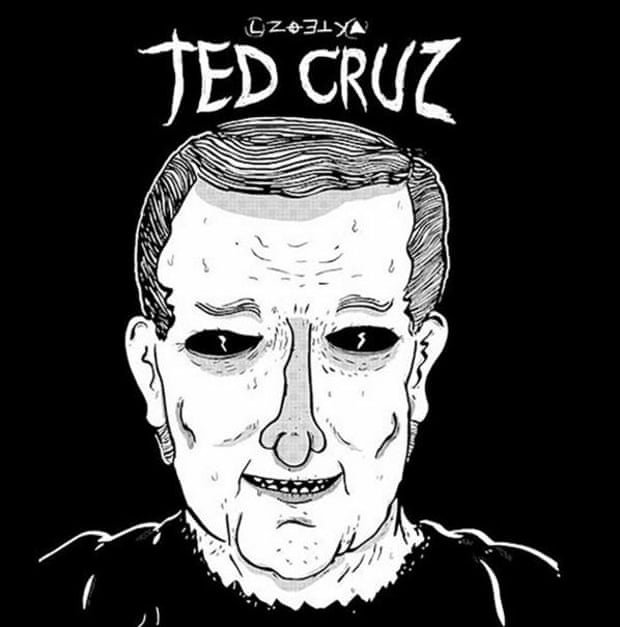 2. Kriss-Krossed, about how Donald and Ivanka Trump were once named as co-defendants in a lawsuit against Bayrock initiated by Jody Kriss. Published: August 22, 2017.

Via “Trump Pal Bought IAmAF**got.Com and VaginaBoy.Com, Then the Sites Attacked His Enemy” by Betsy Woodruff, Katie Zavadski, and Ben Collins, The Daily Beast, August 29, 2017:

While registered to Sater, some of those sites attacked Jody Kriss, Sater’s former business associate. The two used to work together at the Trump Tower-headquartered real-estate firm Bayrock, where Kriss served as a finance director until he left the company and sued them for money laundering, according to Bloomberg. Donald Trump was initially targeted in court by Kriss, as well.

Sater’s email and office address were used to register more than a dozen domain names relating to Kriss. Those sites then attacked Kriss for a lawsuit mentioning the Trump family, among others. That’s according to records The Daily Beast discovered using the domain analysis site DomainTools, which tracks changes in official domain registrar databases.

Kriss and others filed a $1 billion New York state lawsuit another [sic] against Bayrock, Sater, and others in May 2013, over the alleged concealment of Sater’s 1998 racketeering conviction. Donald and Ivanka Trump were also listed on the suit as a type of defendant; the plaintiffs asked the judge to find whether they might also be owed declaratory relief. The Trumps were dropped from the suit three weeks later.

The story was also picked up by Raw Story, MarketWatch, Digg, and others.

Update, 01/09/2017: Last month I sent the above story to a reporter at The Daily Beast. I wasn’t credited on the article, so yesterday I sent an attribution request to executive editor Noah Shachtman, who told me that Daily Beast reporter Ben Collins found this story independent of me, and that the similarities between the two stories are coincidental.

Last month, I blogged about the deleted sites of Bayrock executive Felix Sater, a Russian-born businessman and convicted fraudster who in the late 2000s worked with Trump on a number of high-profile real estate projects, including the troubled Trump SoHo hotel in Lower Manhattan. 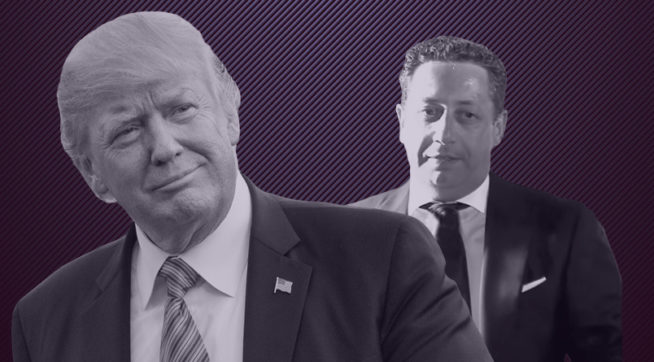 In that post I included an “exhaustive” list of deleted sites that once belonged to Sater. The sites were deleted during the 2016 election, when Sater became a key figure for journalists examining Trump’s Russian business ties.

Since that initial post, I’ve found evidence that between 2012 and 2016 Sater registered a number of other domains intended to disparage another key figure within Trump’s business sphere, Jody Kriss, who also worked for Bayrock as its finance director.

Kriss’ tenure ended when he filed an explosive billion dollar lawsuit alleging that Bayrock and its partners, including Donald and Ivanka Trump, had illegally concealed Sater’s 1998 racketeering conviction and 2009 sentencing, engaged in financial fraud, and personally cheated Kriss out of millions of dollars.

Last year, an ICANN-approved business dispute resolution forum determined that Sater had in bad faith registered a number of domains using his own name, and also possibly using the pseudonym “Larissa Yudina,” for the purposes of disparaging Kriss by accusing him of being a “serial litigator,” an “extortionist,” a “mobster” and a “fraud.”

According to Arizona court documents, Yudina is the founder of Moscow investment company OST Group, which apparently provides “internet marketing services” to Sater, although I was unable to find OST Group or any information online for anyone with the name Larissa Yudina.

In its decision, the forum ruled that the disputed domains be transferred from Sater to Kriss.

Via the Wayback Machine, which archives the web, those domains included:

By doing a reverse Whois search for “Felix Sater” and an associated e-mail address I’ve also identified a number of other disparaging domain names possibly created by Sater, including:

It also appears that in 2014 Sater took out this full page advert in New York real estate magazine The Real Deal:

And if that didn’t sate your appetite, here’s a full list of Sater’s confirmed anti-Kriss sites:

According to this apparently as-yet unreported 2013 court summons, the Trumps were co-defendants in a billion dollar lawsuit brought by Jody Kriss, the former finance director for New York real estate and investment company, Bayrock Group:

The Trumps were later removed as co-defendants, although another court document shows that they were served the summons at New York’s Trump Tower on June 24, 2013.