Update, October 16, 2020: In a comment, BuzzFeed said that the most recent removals were not the result of further legal threats from Mumbai police, but the result of updates to BuzzFeed’s old content. Here is BuzzFeed’s comment:

“The removals last month did not have to do with legal threats–they are part of a broader systematic process we’ve been going through. For context, the rules around image usage on the Internet have vastly changed over time, so for the last few months we’ve been working to bring our posts from the early days of BuzzFeed up to the editorial standards of today. In certain cases, images that didn’t need to be removed have been swept up in the process, so we’ve also ended up restoring a number of images brought to our attention by former employees as improperly removed.”

Notable examples include forcing BuzzFeed to remove a doctored image of Modi embracing his right-hand man Rajnath Singh on an idyllic beach, plus two unsuccessful attempts to remove the same image from this blog.

In case you missed it the first time: 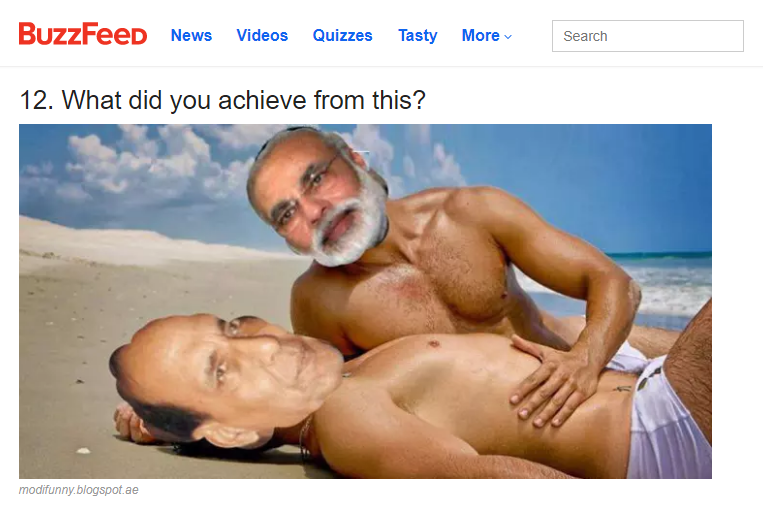 The offending image was originally included in a Jan. 4, 2016 BuzzFeed listicle, “18 Modi Photoshops That Should’ve Never Fucking Happened,” by BuzzFeed India contributor Imaan Sheikh. The image was removed following a legal threat from Mumbai police alleging defamation, according to a BuzzFeed spokesperson. The removal served to highlight Modi’s taste for censorship and, incidentally, his party’s poor record on gay rights.

Last month, Sheikh’s post was updated yet again, this time removing all 17 of the remaining images. Here’s a snapshot of what the article looks like now:

Another article by Sheikh, “21 Of The Most Awkward Modi Moments Of 2015,” which documented Modi’s “social awkwardness” in 21 images, has also been scrubbed of all of its content. The article was also removed from BuzzFeed’s “BestofIndia2015” list.

A cache of the “BestofIndia2015” list shows that BuzzFeed last month scrubbed content from at least ten other articles about India. 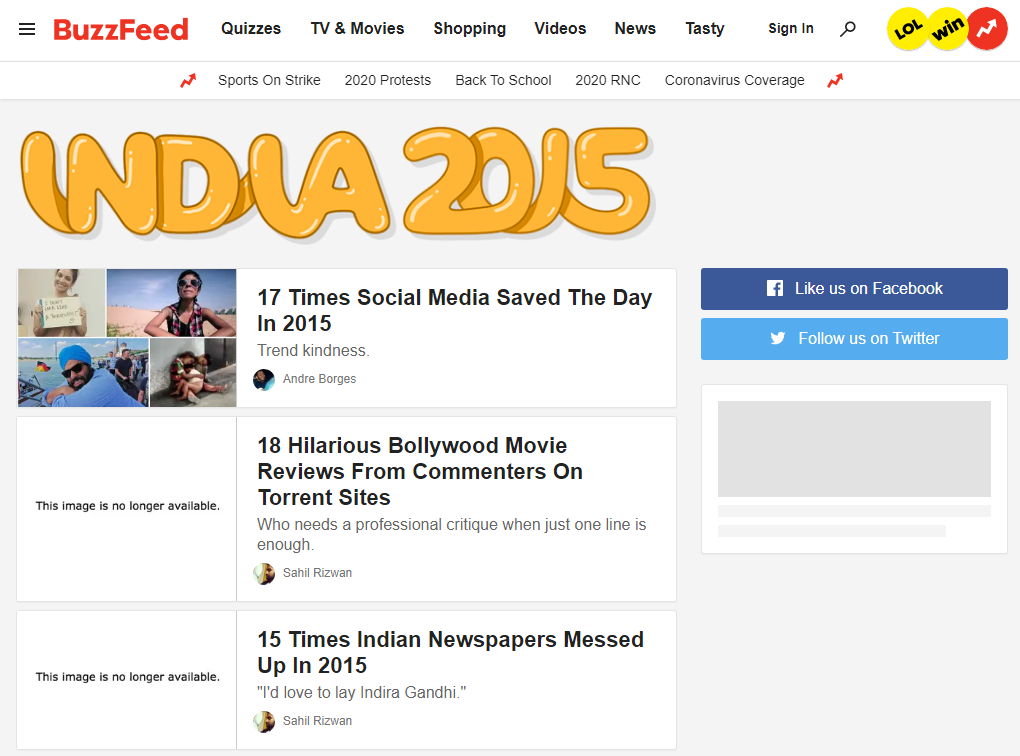