Earlier today, the progressive news website reported that Donald Trump’s campaign is to create a legal defence fund for all staffers involved in special counsel Robert Mueller’s investigation into allegations of possible collusion between the campaign and the Russian government. 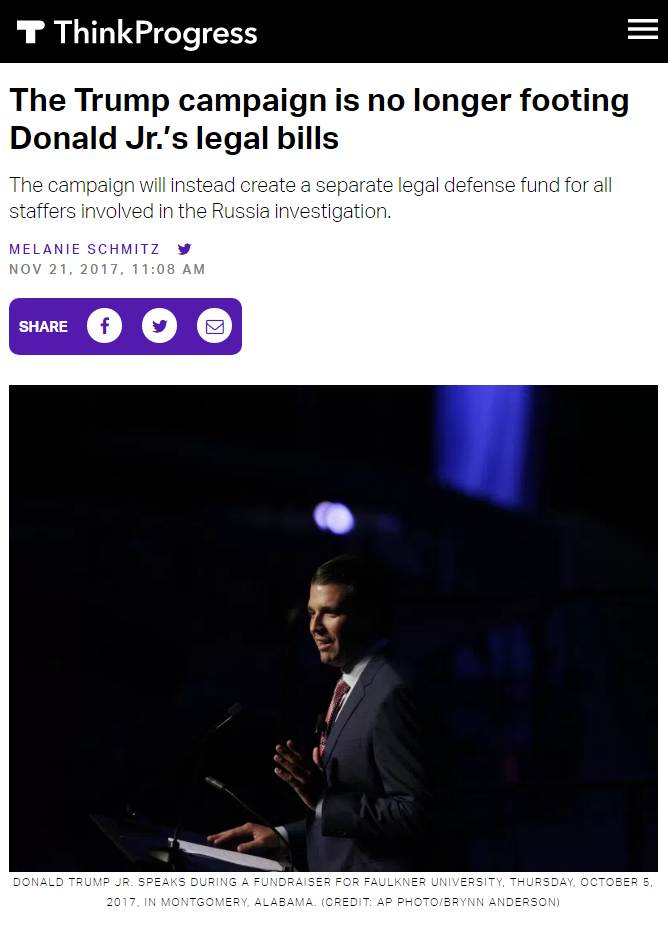 The report by ThinkProgress associate editor Melanie Schmitz stated that “Former Trump campaign official Michael Caputo – who was previously responsible for improving Russian President Vladimir Putin’s image in the United States, and who is currently facing his own set of legal woes in relation to the Mueller investigation – believes that it’s the RNC’s duty to cover legal fees for the president.”

Caputo subsequently messaged Schmitz publicly on Twitter threatening to take legal action against ThinkProgress, Schmitz, and her senior editor Emily Hazzard unless Schmitz changed her article to say that he “never worked for Putin,” and that he’d “never been contacted by Mueller’s team.” 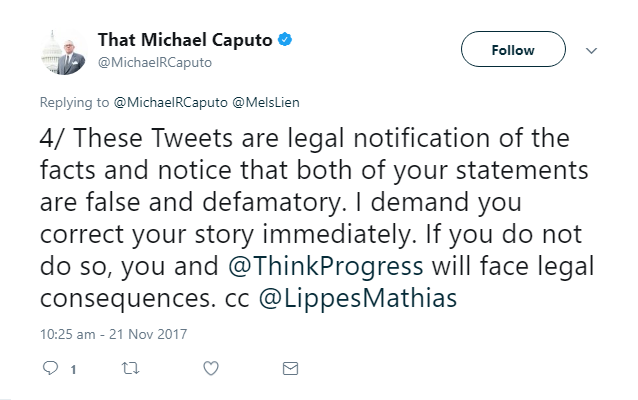 At the time, Gazprom had just acquired NTV, one of Russia’s few major opposition media outlets, sparking an internal revolt among staff. Gazprom dispatched security services to seize NTV’s headquarters in a move that was widely condemned as an assault on independent Russian media. According to Kokh, Putin personally sanctioned the crackdown.

In an interview last year, The Buffalo News characterized Caputo’s subsequent PR work for Gazprom Media as “help[ing] President Vladimir Putin weather U.S. government criticism for taking over an independent TV station.” Caputo says that characterization is inaccurate, though he told the paper at the time, as Petkanas noted, that he is “not proud of the work today,” adding the caveat that at “at the time, Putin wasn’t such a bad guy.”

As the title of that article suggests, Caputo recently paid an employee at his current PR firm, Zeppelin Communications, to scrub Wikipedia of all language linking him to Putin.