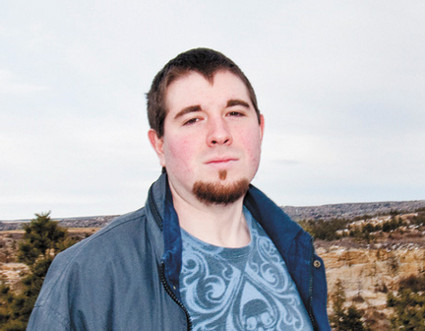 The site was shut down after an investigation by the Federal Trade Commission (FTC) determined that Brittain had hosted fake lawyer advertisements on the site using the name “David Blade III” in order to trick victims into paying hundreds of dollars to have their photos removed. 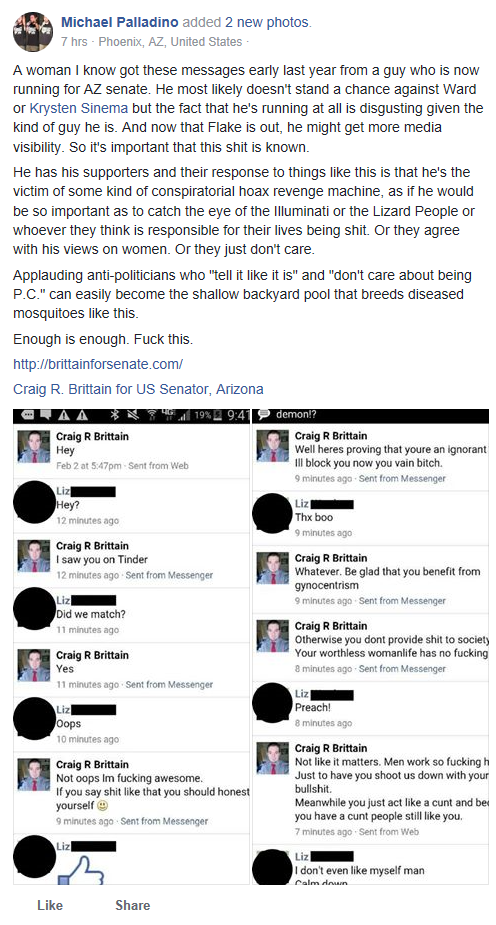 A woman I know got these messages early last year from a guy who is now running for AZ senate. He most likely doesn’t stand a chance against Ward or Krysten Sinema but the fact that he’s running at all is disgusting given the kind of guy he is. And now that Flake is out, he might get more media visibility. So it’s important that this shit is known.

He has his supporters and their response to things like this is that he’s the victim of some kind of conspiratorial hoax revenge machine, as if he would be so important as to catch the eye of the Illuminati or the Lizard People or whoever they think is responsible for their lives being shit. Or they agree with his views on women. Or they just don’t care.

Applauding anti-politicians who “tell it like it is” and “don’t care about being P.C.” can easily become the shallow backyard pool that breeds diseased mosquitoes like this.

Enough is enough. Fuck this.

Here’s what Palladino sent me when I asked him about the deletion:

Hi Dean, thanks for reaching out. In the middle of posting I was logged out and when I was able to get back in I was shown a message saying that I posted something that violated FB’s TOS. Specifically in regards to bullying or attacking, I believe was the term they used. It apparently was reported by someone anonymously but I think I know who that person was.

If you can’t read that it says: “We’ve heard an impersonator is harassing people. Those messages aren’t from us.” 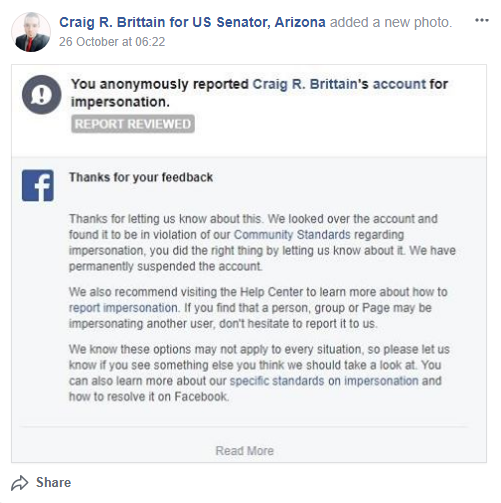 However, it appears that the disputed account does in fact belong to Brittain. 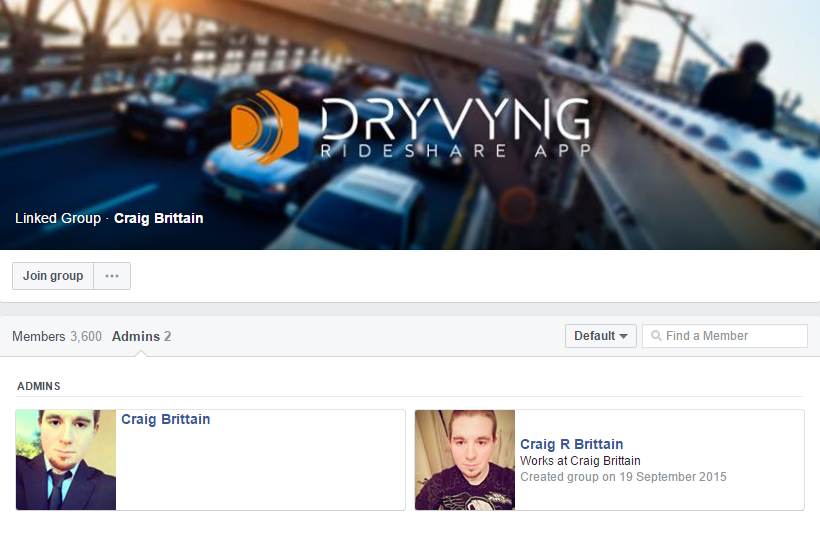 As part of his settlement with the FTC, Brittain is permanently restrained from misrepresenting himself in connection with goods or services.