During our recent trip to London, my girlfriend and I paid a visit to Abbey Road Studios, where The Beatles made many of their best recordings.

Just outside the studios is the crossing immortalised on the Abbey Road album cover. There we watched Beatles fans line up to walk in the footsteps of their heroes, even pausing in the middle of the crossing to take holiday snaps. A coupla punks stop on the famous Abbey Road crossing

All to the total bemusement of drivers, some of whom stopped to graciously allow fans to complete their pilgrimage, while others simply ignored those waiting to cross, speeding by without so much as a “ello, guv’na!”

With my GF’s family on standby in Australia, we took a more novel approach. Via the Abbey Road Crossing Cam: 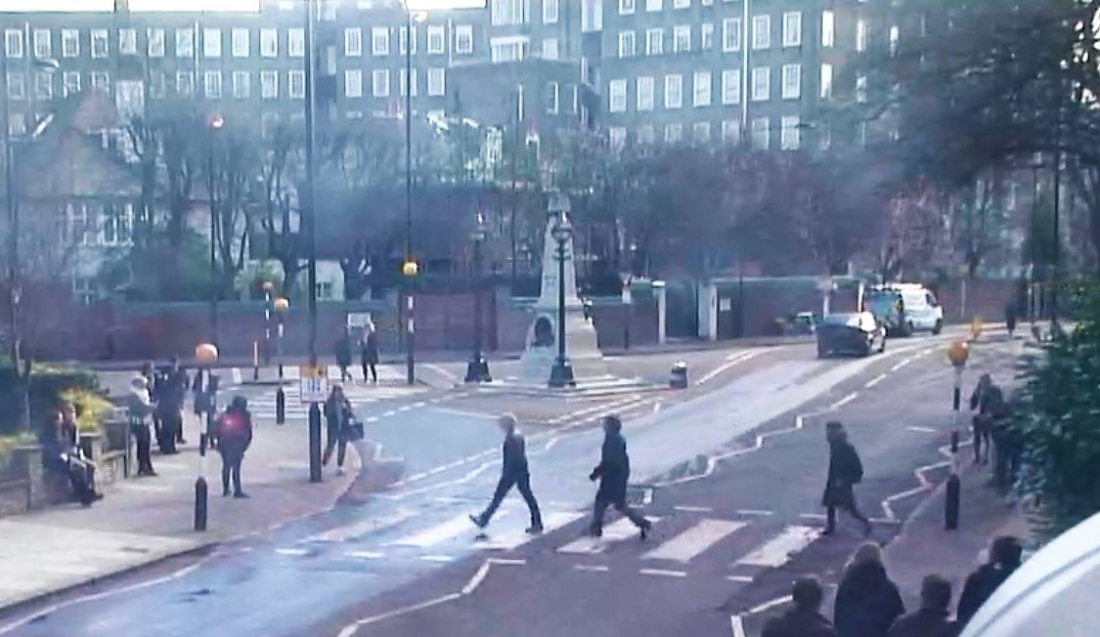